We provide several tutorials for getting started with the scientific filesystem. If you haven’t read about the goals or specification for the standard (and are interested) you might do that first.

If you want to quickly familarize with a pre-built example scientific filesystem, check out our container quickstart or really quick start to pull a pre-bulit Docker and/or Singularity image and start using it! Or if you are more visual, just watch an asciinema: 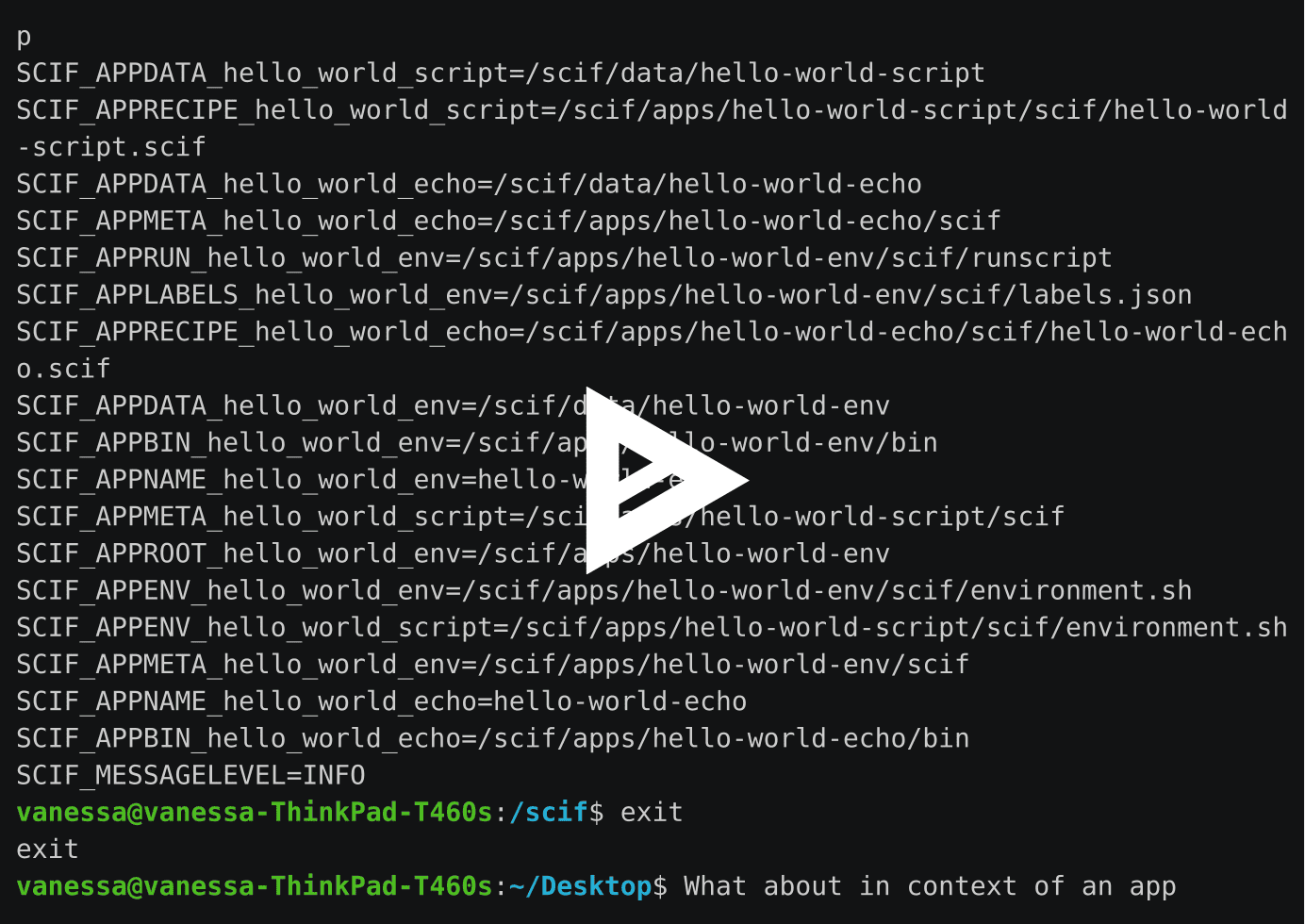 The scientific filesystem comes with the expected commands to run, exec, inspect, start a shell, an interactive python shell, and a new syntax to easily distinguish an environment variable (introducing the beautiful [e] to say that [e]MYVAR = $MYVAR). Want to give it a spin? Read more about how to run commands.